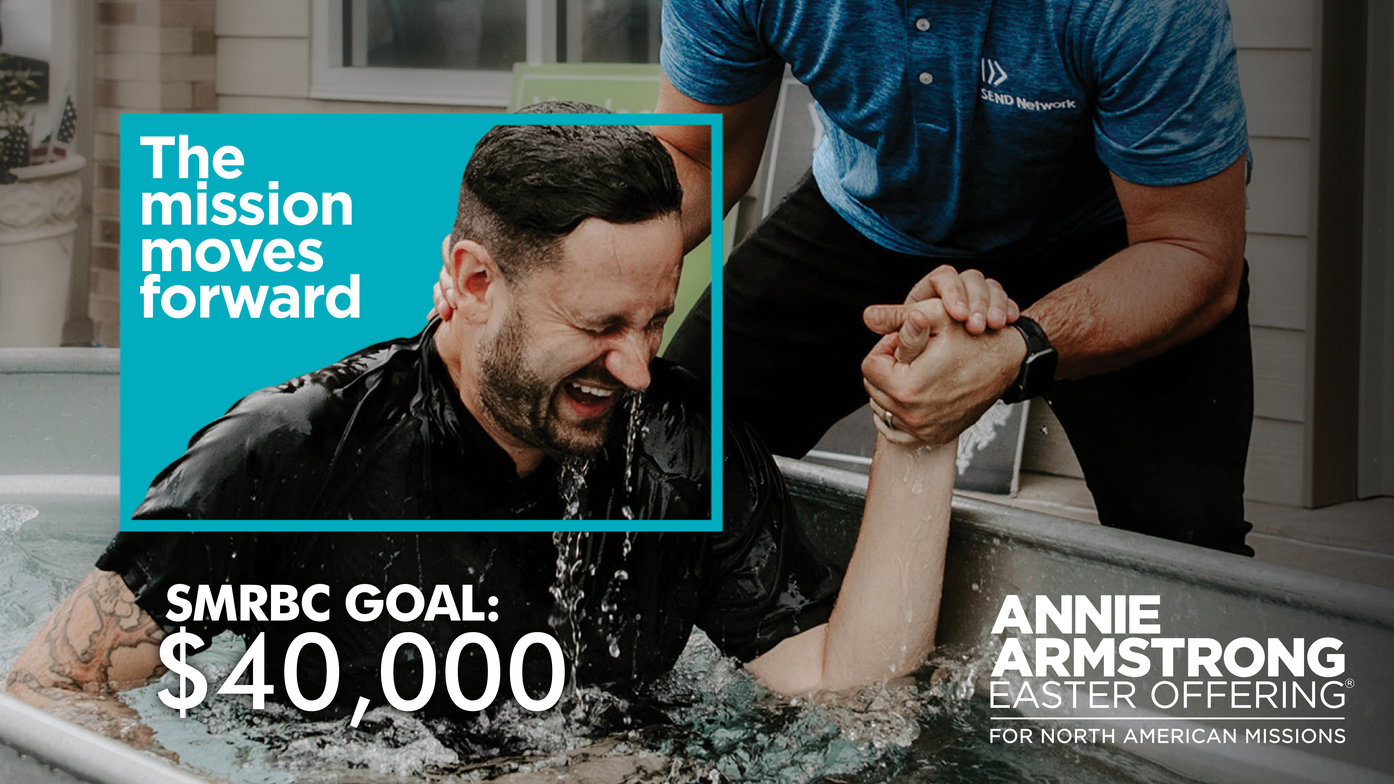 The Annie Armstrong Easter Offering (AAEO) is the primary way we support mission efforts in North America. One hundred percent of gifts given to AAEO are used to support Southern Baptist missionaries serving across the United States and Canada.

This year, our Missions Committee has challenged the church to a new goal of $40,000 - representing a $5,000 increase in our goal over last year. We will collect towards this goal from through Sunday, April 25th.

March 14th to 21st kicks off our Annie Armstrong Easter offering with a week of prayer for North American Missions. Shahid Kamal’s God is a living God—One who answers prayer. Shahid and his wife, Maroofa, spend their lives introducing Him to the more than 300,000 South Asians who call the Greater Vancouver area home.

“Hindus have many visible gods, and Sikhs have many gurus,” said Shahid, who planted South Asian Community Church in Surrey, part of metro Vancouver. “In the midst of this complex situation, we are trying to help them to know, believe and receive Jesus Christ...” Read their Story

DeKalb County, Georgia is a picture of diversity—and vast need.

There’s a beautiful array of cultures but also brokenness. Many homes don’t have dads in them. The abortion rate is high. There’s division from racial and socioeconomic tensions... Read their Story

Victor and Ludmila Moura were comfortable in Brazil. He was a pastor of a growing church, and she was a government lawyer doing well in her career. Over time, though, they felt God leading them in an unexpected direction—to plant a church for Brazilians in Boston, home to one of the largest immigrant populations in the U.S.

Their goal is for the new church, with services in both Portuguese and English, to be a place where those struggling to find their identity can find it in Christ… Read their Story

Moving from Denver to a small town they had never heard of in Idaho was not in Anders’ and Jessica’s plans. But it fit where they felt the Holy Spirit was guiding them—to help a dying church come back to life and reach its community.

In 2018, they launched the replant of Calvary Church Nampa. The neighborhoods around the once-vibrant church are now aging and declining with a mix of Anglo and Hispanic residents. Drugs are a big problem—so are poverty and depression… Read their Story Joshua Valdez says his city is a place of emotional and spiritual darkness. It’s a melting pot of culture and religion. Its residents are mostly Hispanic and Navajo, and the Navajo are very much “a forgotten people,” said Joshua, who also has both heritages.

The people have one common struggle—they often battle feelings of despair or worthlessness. He observes that as a church planter and at his job as an intervention specialist at a local high school… Read His Story

Bobby and LaKeisha Williams have a simple goal—to meet the deep need of New Orleans with the even deeper love of Christ.

In the city, some buildings are still boarded up from Hurricane Katrina in 2005. The area around the Williamses’ church plant is predominantly African American and low-income. “A lot of what we strive to do is provide resources,” Bobby said. “We try to educate people spiritually, financially, intellectually, you name it…” Read their Story Jacob knows the homeless, drug addicts and gang members of Sanger. He used to live among them before he went to jail and met Jesus there.

Now he and his wife, Francine, are reaching those who “would scare people who go to most churches,” Jacob said. Through Set Free Church, they take the gospel to the streets to reach the people others might see as a “lost cause…” Read their Story

When missionaries answer the call to the mission field, they expect to encounter challenges, but no one could have planned for a global pandemic that radically altered everyday life.

Your North American missionaries are displaying courage and vision. They are changing course, innovating and discovering ways to continue sharing the gospel, making disciples and bringing hope.
Hear from Kevin Ezell

May 2
Preparing For Action